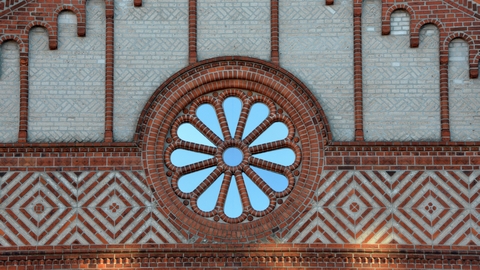 Esbjerg - building culture from all times

Esbjerg has often been called an ugly city, but what really characterizes Esbjerg's building culture and the city's space
- and what has over time influenced the city's physical development?

The starting point of the exhibition is that a city contains past, present and possible futures, and that a living city is constantly changing.
The future of the city depends on the decisions of the present.