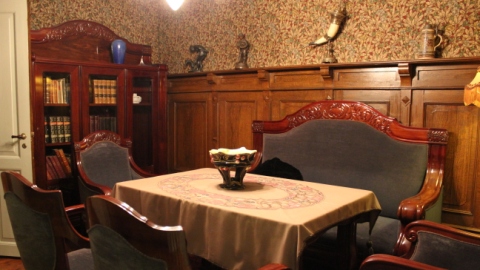 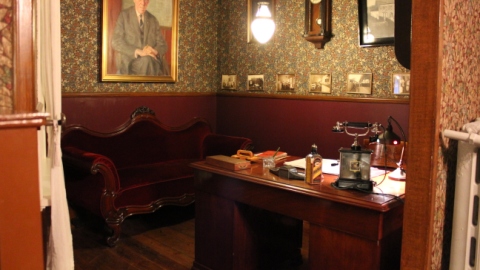 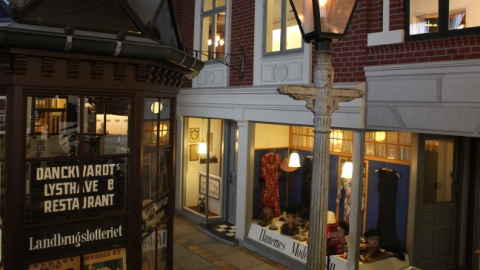 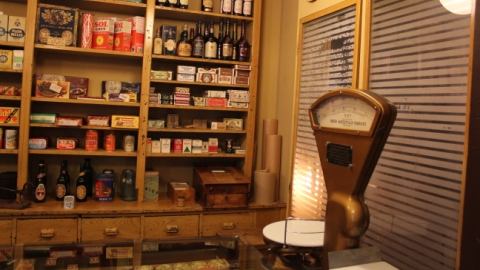 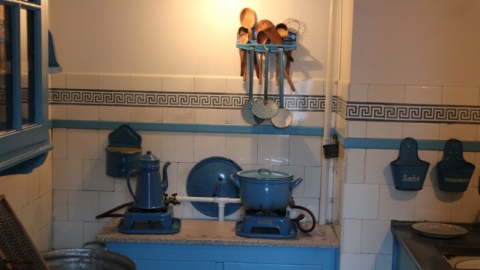 See a reconstruction of Esbjerg’s urban environment, as it must have looked around 1900-1950. During this period Esbjerg developed into a large town, which still had close ties to the port.

The tailor from the 1930s sits on his worktable in the attic above the grocer’s.

The port - the heart of Esbjerg
From the Englandskaj wharf they exported butter, eggs and bacon to England.
Other typical workplaces on the harbour were the fish auction hall, the canning factory and the machinery factory, which provided engines for the fishing boats.

Visit a working class flat from approx. 1925
Above the grocer’s there is a two-room flat. This was the home of a worker and his wife and 3-4 children.
The worker was a teetotaller, and a member of the union and the Social Democratic party.

The flat is clean and tidy, but there was not much room: just a kitchen, living room and bedroom. The toilet and washhouse were in the back yard.

A manager’s flat from approx. 1925
From the bedroom of the working class flat you enter a manager’s flat with a toilet (a flushing toilet was a luxury!) and maid’s room. In addition, we show just two of the many rooms in the manager’s flat: the master’s room and office.
We imagine that the manager either owned or ran a butter-packing factory, and that he and his family lived close to his work.

Most of the doors, windows, floors and ceilings of the two flats came from old houses that are now demolished. Parts of the wallpaper are reprints of old patterns.